It is said that success is where preparation and opportunity meet.

We will proceed without losing our original vision. 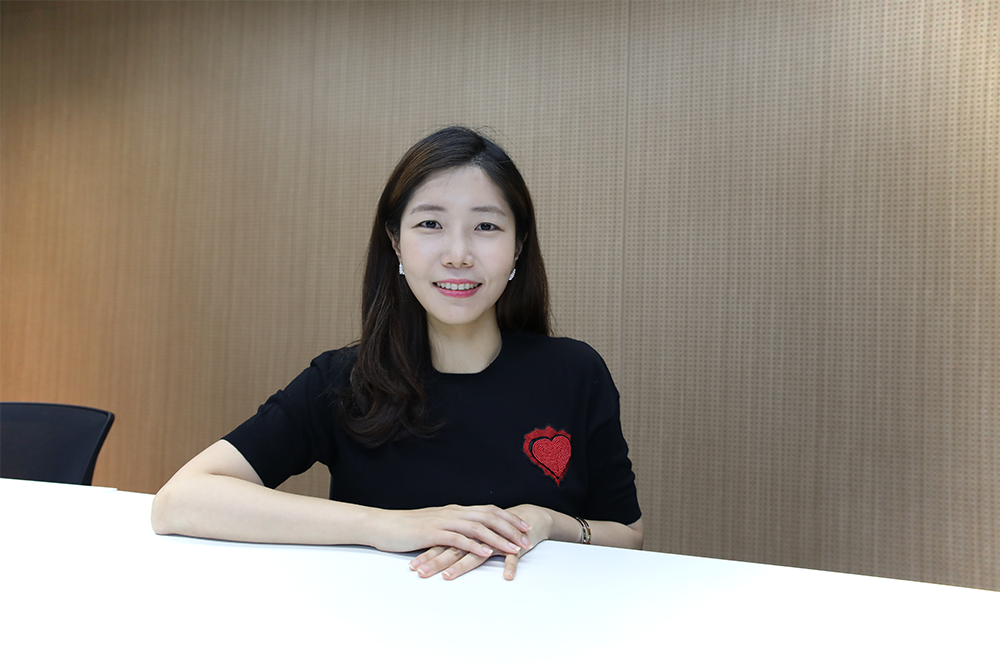 Streami is progressing steadfastly based on aspiration to build the foundation of exchanges. We introduce Paro, the in-house counsel at Streami who leads direction by conducting legal review and risk assessment of Streami/GOPAX.

Hello, I’m Paro, an in-house counsel in the legal department of Streami.

After getting an Economics degree, I worked in corporate finance at a bank for about 2 years. While working, I wanted to challenge myself in a new field and so I went to law school and am currently working as an in-house counsel at Streami.

▶It wouldn’t have been easy to challenge yourself in a new field. Why did you decide to do so?

I started my career at the age of 25 and as I started my career at an early age, I thought I wanted to try other fields as well. When I turned 27, I suddenly thought that it would be too late if it wasn’t now, so I boldly decided to leave my company and went to law school to start a new challenge as a lawyer.

▶What kind of work are you currently doing at Streami?

Due to the nature of startups, I perform many roles across all areas. I am advising and conducting lawsuits on all legal issues arising within the company!

▶How is the job of an exchange lawyer different from lawyers in other companies?

Basically, I think that a lawyer at a law firm becomes a specialist in a specific field of law while an in-house lawyer is close to becoming a generalist. In-house counsels at Streami assess and contemplate a wide variety of issues.

The biggest difference among them, would be that the fact that there is currently no specific regulation in the cryptocurrency industry. Therefore, we have to decide whether an issue will occur when cryptocurrency exchanges are later incorporated into the formal sphere under the framework of the existing law. We always assess risks carefully and conservatively.

▶What was your motive for joining Streami?

Before joining Streami, I worked for a large financial institution and a large corporation, but the fact that Streami had a vibe of freedom, unlike my previous jobs and the fact that the work I do can immediately be seen as progress felt attractive to me.

Since I have a lot of interest in finance, I have been aware of not only share investment but also Bitcoin since 2013. As cryptocurrency and blockchain were unknown areas, I thought that they might have endless possibilities. 2017, the year I decided to join, was the year the Bitcoin boom occurred and the whole world was paying attention to it, so I joined Streami without any hesitation.

▶ What do you think is the most important part of your job?

Minimizing legal risk within the framework of the existing law seems to be the most important part. In other words, we are trying to make determinations with strict standards so that there will be no legal issue at all.

▶The most memorable thing after joining the company.

The moments when we work together and successfully complete the work.

While public corporations and large corporations have vertical communications and strict hierarchical orders, Streami has an atmosphere where relatively young people have gathered to embark on a journey together. Since not one person is responsible for something and everything is shared, everyone shares the joy of completing a project successfully. These moments are probably most cherished in my memory.

▶What is the outlook of cryptocurrencies from a lawyer’s perspective?

I believed when I first joined the industry and still do believe, that it will continue to unfold in a positive direction. Considering the global trend, I think there will be a big change in related industries as well!

For greater development when cryptocurrencies are widely adopted, we are operating Streami/GOPAX with even more prudent and strict standards.

▶What moment did you feel the greatest potential for development?

Up until last year, the stance on cryptocurrencies was unclear and some people even compared them to gambling and the Tulip mania, but I don’t think this industry is a bubble that would collapse in an instant. I believe that blockchain and cryptocurrencies are one of the flows of the major change referred as the fourth industrial revolution, and the initiation of actions intending to incorporate those into the formal system opens up the possibility of this industry’s positive development.

I’m not a technical engineer so I can’t tell you how much technological progress there will be, but if they are stabilized by being incorporated into the formal sphere, I expect unimaginable changes to happen.

▶Is there an area that initially received pessimistic views but has later developed greatly within the formal sector?

The IT bubble (the dot-com bubble) might be an example.

When the Internet first came out, there was explosive growth and numerous venture companies popped up as the new market received high expectations and liquidity flocked to it. IT-related shares boomed and there was an investment frenzy. Over time, countless venture companies disappeared, but the Internet has remained in our lives as if for granted and Google and Amazon are surviving firmly and leading the industry.

Wouldn’t it be the same for the blockchain industry and cryptocurrencies? Although I cannot say for certain how this industry will position itself in the future, wouldn’t there be great synergy if it is incorporated into the formal system and unfolds in the proper direction?

▶How would you define Streami/GOPAX in one word?

I would say “potential”.

Just looking at the members of the company alone, there appears to be unlimited potential.

▶Lastly, please say a word to those who use GOPAX!

Since the launch of GOPAX, we are always thinking about how to become an exchange that users can trust. Of course we may have been lacking in some aspects so far but all of us are working together for improvement.

We will continue to make great efforts to become a GOPAX that adheres to the basics without losing our original vision.

We ask for your interest and support! Thank you!